“Telepresence for Pepper” is software for using Pepper as a telepresence robot by using Android smartphone and Google Cardboard compatible viewer.

A telepresence robot is a robot placed at a location away from the operator and acting as a substitute for the pilot. Through the telepresence robot, you will be able to feel as if you are in the place, while staying in different places.

The remote control system “VRcon for Pepper” developed by Asratec is implemented for telepresence function. WebRTC, real-time bidirectional communication technology, is adopted for connection and communication between Pepper and operation terminal. The know-how of Asratec’s robot control technology “V-Sido” is used for creating natural motions of Pepper according to user’s operation.

Using VRcon for Pepper makes it easy to develop a Pepper application that supports remote operation like “Telepresence for Pepper”. 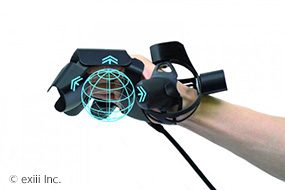 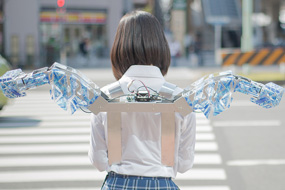