“Actroid” is a humanoid robot, which looks like a real woman. It is developed by KOKORO, a company of SANRIO Group. It is widely used at an information desk or hotel front.
One of the features of Actroid is that it is operated by an air cylinder system called Air Servo. Actroid can move its arms, change the direction of its body and neck and create various facial expressions by moving its eyelids and lips. All these movements are created by Air Servo. 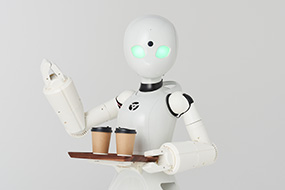 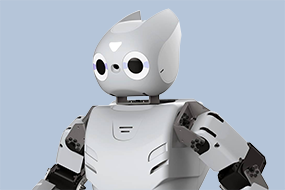 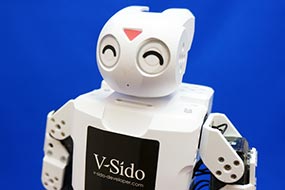 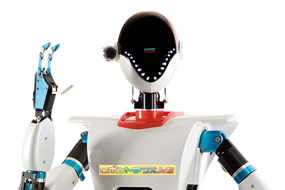